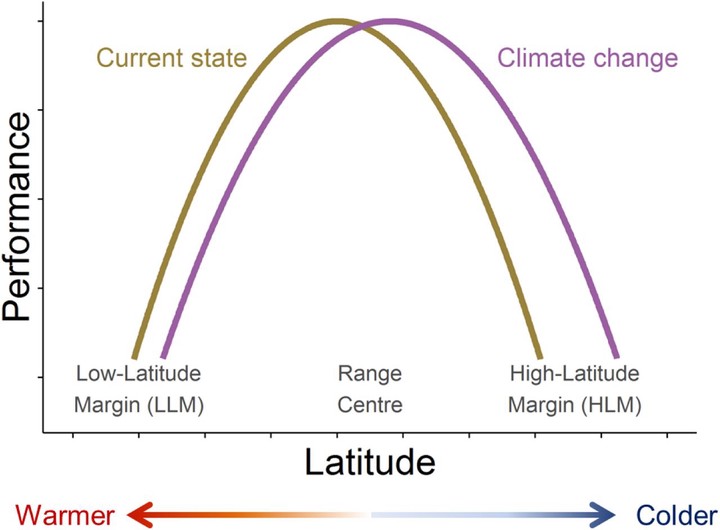 While current climate change is altering the distribution of species worldwide1, a poor understanding of the mechanisms involved limits our ability to predict future range dynamics. Range shifts are expected to occur when populations at one range margin perform better than those at the other margin2, yet no such global trend has been demonstrated empirically. Here we show that populations at high-latitude range margins generally perform as well as those from the range centre, whereas populations at low-latitude margins perform markedly worse. The trend is moderate but pervasive across plants and animals and terrestrial and marine environments. Such global asymmetry in performance between range edges signals that species are in disequilibrium with current environmental conditions. Our findings are consistent with predicted impacts of a warming climate and imply that the geographic ranges of species are undergoing directional changes. They highlight the pressing need for a more thorough knowledge of population dynamics across species ranges as a mean to forecast climate change impacts on the structure and function of ecosystems across the globe. 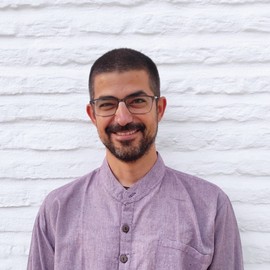